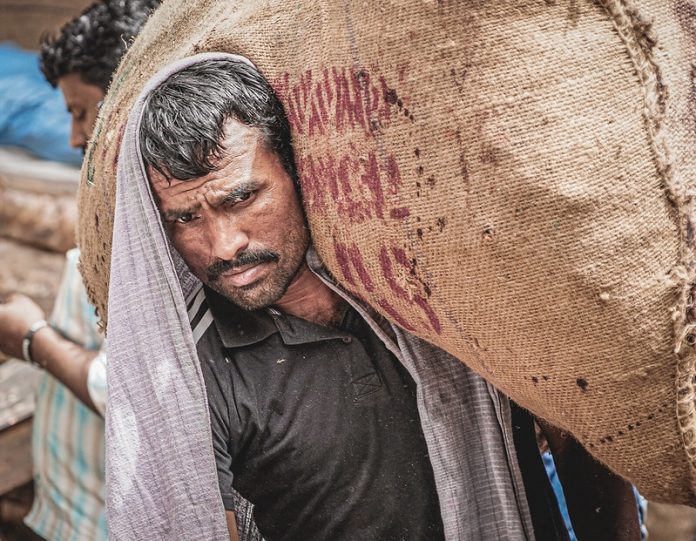 Ensuring a decent work environment and inclusive growth through appropriate wage policy is a commonly shared objective across many developing countries. The Preamble to the International Labour Organisation (ILO) Constitution talks of “the provision of an adequate living wage” and the ‘Declaration on Social Justice for a Fair Globalization’ adopted by the International Labour Conference at its 97th Session in June 2008 calls for wage policies that “ensure a just share of the fruits of progress to all and a minimum living wage to all in need of such protection”.

In 2016, the G20 countries – of which India is a member – also adopted a call for sustainable wage policy paradigm, specifically minimum wages and collective bargaining, which ensure that wages grow in sync with labour productivity and contribute to reducing inequality and promoting inclusive growth.

First, it ensures that aggregate demand remains elevated as the working class’ marginal propensity to consume is evidently higher than other higher income-groups. The role of the working classes as consumers is very important. The money that flows to them as salaries and wages are ultimately spent on goods and services as part of standard national income flow.

Third, it eases fiscal constraints of the state by reducing the focus on redistribution of income.

During the last three decades, particularly from the late 1990s, India experienced decent economic growth. The Gross Domestic Product (GDP) has increased at an annual average rate of about 7 percent since 1993. This has led to decline in absolute poverty levels and changes in employment patterns, with a growing proportion of jobs in services and industry and a declining share of employment in agriculture.

The Indian labour market, however, remains mostly informal and characterised by high levels of segmentation. Of the total employed in 2011–12, more than half (51.4 per cent, or 206 million people) were self-employed, and of the 195 million wage earners, 62 per cent (i.e. 121 million) were employed as casual workers. Employment in the organised sector has grown, but even in this sector many jobs have been casual or informal.

India suffers from low pay and high wage inequality. Based on the Employment and Unemployment Survey (EUS) of the National Sample Survey Office (NSSO), real average daily wages almost doubled between 1993–94 and 2011–12, increasing somewhat more rapidly in rural than in urban areas and increasing more rapidly for casual than for regular workers. Average wages increased more rapidly for women than for men, and rose faster in the unorganised than in the organised sector. These are all positive achievements.

However, low pay remains a critical factor and wage inequality is still disproportionately high. In 2011–12, the average wage in India was about Rs 247 per day and the average wage of casual workers was Rs 143 per day. Only a small segment of regular or salaried workers, mostly in urban areas employed in highly skilled activities, earned relatively higher average wages. Daily wages in urban areas remain more than twice as high as those in rural areas.

Regional disparities in average wages have increased over time. Wages rose more rapidly in high-wage states than in low-wage ones. The gender wage gap also remains very high by international standards, although it declined from 48 percent in 1993–94 to 34 percent in 2011–12. This gender wage gap can be observed among all types of workers: regular and casual, urban and rural. Of all worker groups, the average daily wages of casual rural female workers is the lowest at Rs 104 per day.

Wage levels and distribution of wages are influenced not only by skills and productivity levels, but also labour market institutions, which include advisory bodies that look after fixation of minimum wages and collective bargaining platforms, among others.

India’s industrial relations landscape underwent transformation from a centralised bargaining structure during the first three decades of planned industrialisation to decentralized bargaining, following the partial liberalisation of the economy since the mid-1980s. Because of that, unit or plant-level bargaining has become the dominant form of bargaining in the private sector.

India was one of the first developing countries to introduce minimum wage. The Minimum Wages Act was enacted in 1948 immediately after independence. It is one of the few labour legislations that applies to all segments of workers, both organised and unorganised. However, the structure of minimum wage administration is somewhat complex.

Also read ‘Why Is It Difficult to Implement Minimum Wages Act in India?‘

There is a concept of ‘scheduled’ employment in this system. A particular employment or occupation is first identified and included in the schedule of employment. For inclusion in the schedule, at least 1000 workers in the state must be engaged in that particular employment/occupation. Once it is included, minimum wages are fixed for three categories: unskilled, semi-skilled and skilled. In the newly proposed Code on Wages 2019, another category called ‘highly-skilled’ has also been included.

Minimum wage administration still remains a very important tool of ensuring equitable growth in present-day India. The Indian labour market is predominantly a monopsony as supply far exceeds demand. An employer almost acts as monopoly buyer of labour power, particularly in unskilled segment. Here, state intervention is must in the form of setting minimum wage so as to prevent wages falling below a subsistence level. In the absence of this, there is high possibility that wage falls into an extremely low level.

The Keynesian concept of downward rigidity of wages along with Robinson’s concept of monopsony in labour market are very relevant in the Indian context. Fixation of minimum wages by the state is an essential and basic requirement from the perspective of vast majority of unorganised sector workers in India.

Article 43 of the Constitution of India states:

“The state shall endeavour to secure by suitable legislation or economic organisation or in any other way to all workers, agricultural, industrial or otherwise work, a living wage, conditions of work ensuring decent standard of life and full enjoyment of leisure and social and cultural opportunities….”.

Collective bargaining can provide the framework necessary for achieving this objective.

Collective bargaining in a wider sense can help wage bargaining for those in the unorganised or informal sector. The Mahatma Gandhi National Rural Employment Guarantee Act (MGNREGA) and the Street Vendors (Protection of Livelihood and Regulation of Street Vending) Act 2014 are interesting initiatives to bring informal sector workers into the realm of legislative framework of social dialogue and collective bargaining.

Informalisation of the workforce

In the past decade, employment in the organised sector has grown at a faster rate than overall employment, increasing its share from 11 per cent in 2004–05 to 16 per cent in 2011–12. Since the economic reforms in 1991, wage employment in the organized sector has increasingly become casual or contractual in nature, without access to social security and other benefits to the workers. As a result, the organised sector comprises both regular or salaried and casual wage employment.

Of all employed persons, 51.4 percent were self-employed and 48.6 percent were wage employees. The proportion of self-employment was higher among women than men. Self-employment is composed of employers, unpaid family workers, and the biggest group, identified as Own Account Workers. This last group is generally engaged in earning activities that are strongly dependent on local markets and domestic consumption.

Therefore, any changes in wage employment will also affect the earnings of those in self-employment because these two sectors are linked through the labour and goods markets. Thus, the prevailing level of wages have a significant impact on the earning of self-employed persons who constitute a significant segment of the workforce.

It is observed that regular or salaried workers with formal contracts earn more than double the daily wage earnings of those with informal contracts. Despite the increase in casual wages over the past decade, there is a large gap between the wages of casual and regular workers. In 2011–12, the overall average wage paid for casual work was still only 36 percent of the compensation received by regular/salaried workers.

Labour markets in India are characterised by gender-based disparities. Data from the National Sample Survey Office (NSSO) shows that the gender wage gap has declined over time, falling from 48 percent in 1993–94 to 34 percent in 2011–12. The gap still remains high by international standards.

In all, India does not have an explicit wage policy. There are different ways of setting wages in different varied contexts. The labour market in India is highly segmented and it is increasingly becoming more informalised.

Extremely low wages characterise the large segment of unorganised sector despite the fact that minimum wages are being administered since 1948. Monopsony in labour market causes market wages to fall even below the statutory minimum wages.

Further, wage share in national income is declining. Living wage as conceptualised in Constitution remains an unfulfilled aspiration. India could not even guarantee minimum wage to many in the workforce. A proper wage policy could have neutralised certain anomalies in the labour market, like informalisation and gender disparities. A well-designed wage policy can play an important role in ensuring decent work environment and inclusive growth.

Views expressed are the author’s own and does not represent those of his organisation.