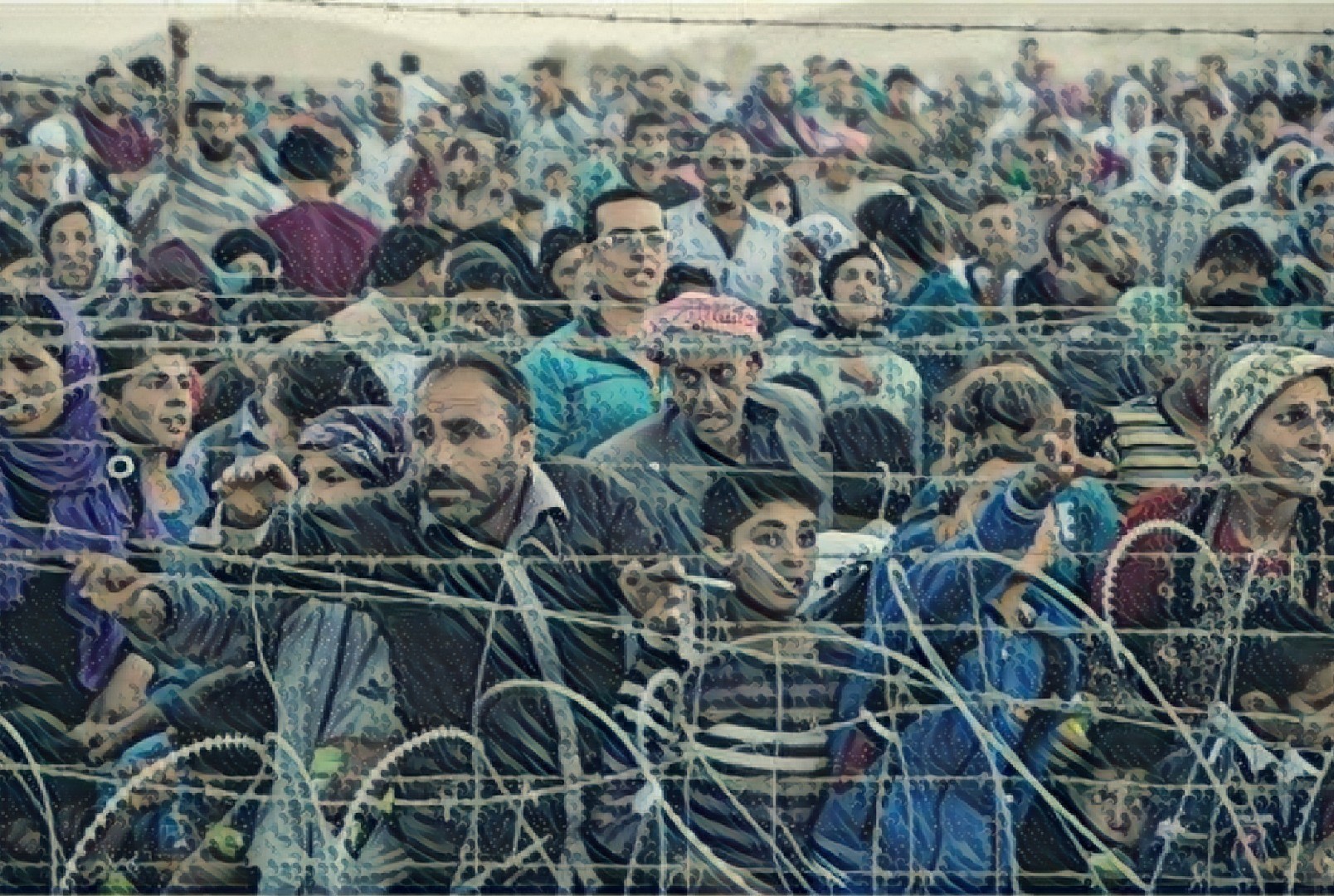 Read Part I, Part II, and Part III of this series.

The journey is now safe but the cold weather is heavy. The ship arrives in Athens in the morning and you find the Greeks who are ignorant of your country, your trip and its horrors overcome by misery and morning yawns. You are determined to leave Athens as soon as possible towards the Greek-Macedonian border at Avizon.

On the way there, you get the news of border closures and confrontations between Macedonian refugees and guards. Try not to believe it and hope that the problem will end once you arrive. But once the dilapidated train reaches the border, the scenes of the refugees, their numbers and what they see about the impossibility of crossing into Macedonia will distract you. As the night progresses, the refugees and their families rumble to stone covered railways station and refuse to obey the border’s guards’ request to move away. When the rain suddenly begins to sink, the scene is filled with surrealism as the crowding of black nylon bags covering the children and women with the screams of the refugees, their pushing and the violence of the Macedonian army officers. You try to get up and go back to your seat but you will not be able to withstand the floods that the sky is pouring over your head while you are in your summer clothes. After several attempts you get up to feel your way without making a mistake or trampling over the head of a child hidden under a nylon bag. “Let them bear this rain alone. I will not tolerate it, “you say to yourself violently with sorrow, as you walk back.

You move away from the railway and its passengers and hail a taxi that takes you to the nearby “Slunik” where you will spend the night until the rain stops. It’s unfair to let death give its name over a place as it can be done with this city and its people. Locked up refugees on the railway are more confident and full of life than the people of this city.

On the next morning, in an attempt to escape from that abhorrent city and the border that is still closed, you come across a group of young Syrian men at a cafe, who boasts about their skills in crossing the Greek-Macedonian border from other outlets that no one has yet reached.

You are forced to go along with the in the hope that you will end this nightmare that you have found yourself in the middle of, without knowledge or will. For more than a week all your attempts to cross the border through various ports fail. Then you find yourself after all these attempts that you inadvertently returned to “Ovezona” itself, but the border has been opened and you manage to cross under the supervision of the Macedonian army, who banned you from entering only few days ago.

It was a miserable journey, its stages and the fate of the refugees are all miserable, like the misery of the old Greek woman who guards a hotel that I had resorted to for a night in the charming city of Morais. The elderly woman complained about the lack of tourists and how the Turks and the Europeans are conspiring against Greece and its people. What happened to that miserable notebook that was thrown on the table at the center of the hotel lounge?

On that cold dreary and solitary night which I spent there I filled two full pages, I do not remember what I wrote on them now. But I remember very well the face of that elderly Greek lady and how her prayers gave me a promise to come back to her next summer and bring my friends along to fill the hotel with life and sound after we get our ‘dream’ settlement.