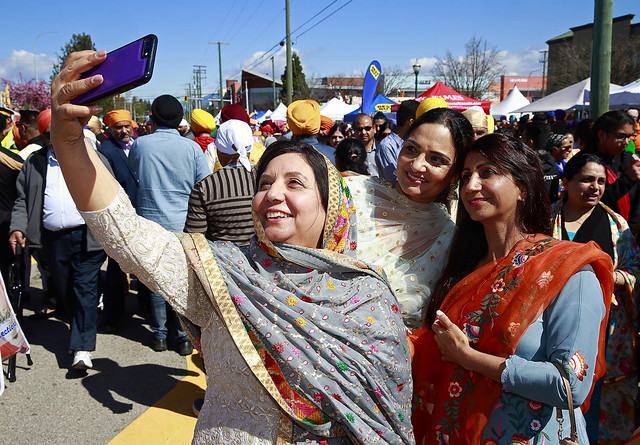 In November 2019, Sikhs world over will commemorate the 550th birth anniversary of the founder of their faith, Guru Nanak Dev. The first Guru was not just a social reformer, crusader and poet, but also a traveller as is clearly evident from the distance travelled during the course of his four Udasis (journeys).

Sikhs have spread to different parts of the world since. They have even gone on to become senior political figures in the West. For instance, the current leader of Canada’s New Democratic Party (NDP) and potential future Prime Minister, Jagmeet Singh, is a Sikh. The incumbent government of Justin Trudeau has four Sikhs in senior positions, including Harjit Singh Sajjan as the Defence Minister.

“I have more Sikhs in my cabinet than Modi does,” Trudeau said in a 2016 address at the American University, Washington DC.

Across the Atlantic, two Sikhs – Tanmanjeet Singh Dhesi and Preet Kaur Gill – got elected to the British Parliament in 2017 from the Labour Party. While Dhesi is the first turban-wearing Member of Parliament at the Westminster, Kaur is the first Sikh woman to hold the elected position.

Ideally, Punjab should see the rise of Sikhs to prominent positions in prominent Western democracies should as an opportunity to harness the diaspora’s global clout. Yet, unnecessary schisms have surfaced between Sikhs living in India and those overseas. Differences of opinion over certain issues are understandable, but the shrill political discourse in Indian Punjab on the Sikh diaspora benefits no one.

In many ways, the fissure is an outcome of the overzealous attempts by politicians in Indian Punjab, both from the Shiromani Akali Dal and the Congress, to prove their patriotic credentials. This often amplifies non-issues while underplaying crucial ones – like justice for the victims of Sikh pogroms in 1984 and the need for genuine closure in the thousands of extrajudicial killings during the counterinsurgency campaigns by the police in the late 1980s and early 1990s.

Certain diaspora groups who push counterproductive agendas instead of sticking to the key issue – justice for Sikhs – are to blame too.

At the same time, the Indian government needs to realise that Western governments cannot prohibit peaceful advocacy for a separate Sikh state. They can only take action against those groups against whom there is clear evidence of promoting violence.

The key flashpoints between sections of the Sikh political class overseas and in India is how they look at the human rights and independent Sikh state issues. To complicate matters, there is now another entity, an organization by the name of Sikhs for Justice, which seeks to ‘liberate’ Punjab from India through a ‘referendum’ of Sikhs in twenty countries.

Current Punjab Chief Minister, Captain Amarinder Singh, has played a decisive, and not-so-positive, role in increasing the acrimony between the Indian and overseas Sikh communities. Captain Singh, after taking over as Chief Minister of Punjab in April 2017, refused to meet visiting Canadian Defence Minister, Harjit Singh Sajjan, accusing him of being a Khalistani sympathiser. Sajjan’s visit had also happened at a time when the Ontario State Assembly passed a resolution dubbing the anti-Sikh violence as a ‘genocide’, which drew a sharp reaction from the Indian government.

Interestingly, Captain Singh had addressed a Sikh congregation in the Dixie Gurduwara (a hot bed of Khalistanis) in 2005 with a banner of ‘Khalistan Zindabad’ behind him.

While Captain’s decision to not meet Sajjan was hailed outside Punjab, especially by sections of the Delhi media, the ordinary Panjabi who has close links with Canada and can relate to the success of people like Sajjan, did not take too kindly to the snub. In February 2018, Justin Trudeau was given the cold shoulder in New Delhi while the Chief Minister, instead of raising crucial economic issues, raised the decibel on the Khalistan issue and handed Trudeau a list of suspected Canada-based Khalistani militant handlers. Trudeau did, however, receive a warm welcome in Punjab and was honoured by the Shiromani Gurdwara Parbandhak Committee (SGPC).

Singh’s lack of nuance in handling such an important visit was perceived as a lost opportunity for a state whose economy is currently at rock bottom. Large sections of the Delhi media, duly high on hypernationalism, too did their bit to sabotage a crucial visit.

Recently, the Punjab Chief Minister lashed out at Canada again when it removed all references to ‘Khalistani extremism’ in the annual ‘Public report  on the Terrorist Threat to Canada’ report. Every country has a legitimate right to worry about its security. But, Captain Singh’s reaction was surely overreaching when he said that this move was a “threat to Indian and global security.”

India may perceive what it dubs as ‘radicalism’ as a threat, but, it can be taken up with Canada in a more mature manner without making things awkward for the Sikh diaspora.

Also read ‘India-Canada Relations: Why Alienating the Sikh Diaspora Is a Bad Idea’

Beyond Canada, the Kartarpur Corridor issue is another point of trigger. India is apprehensive of the Pakistani deep state’s apparent agenda to revive militancy in Punjab by promoting Khalistani propaganda and facilitating a separatist referendum by Sikhs for Justice.

When current Cabinet Minister in the Punjab government, Navjot Singh Sidhu, spoke in favour of the Katarpur Corridor, he was widely slammed. But, once the demand was accepted by both governments, all political parties ran to take credit. Yet, Chief Minister Singh was critical of Sidhu for attending the inaugural ceremony of the religious corridor’s opening ceremony and hugging Pakistan army chief, Qamar Javed Bajwa, at Pakistan Prime Minister Imran Khan’s swearing in ceremony in August 2018.

Singh, while indulging in numerous flip flops has missed out on the relevance of the project and reduced the whole project to an ‘ISI conspiracy’.

While there is no doubt that the Pakistani deep state will fish in troubled waters, reducing tensions with the Sikh Diaspora is crucial. It is also important to not hyphenate this diaspora with Sikh radicalism. Besides, it is high time the Indian government and people  realise that speaking up for 1984 or extrajudicial killings does not make one a ‘separatist’. In recent years, even those Sikhs who have expressed discomfort at the Rashtriya Swayamsevak Sangh’s view of Sikhism as an offshoot of ‘Hinduism’ have found themselves labeled as Khalistanis by right-wing trolls.

So what should New Delhi and the Sikh Community in India and outside do?

First, New Delhi needs to realise the gravity of certain issues, such as the blinkered and insensitive interpretation of the traumatic military attack on the Darbar Sahib by India’s mainstream media, and inadequate progress on justice for the victims of the 1984 pogrom and extrajudicial killings that were either straight out obfuscated from public discourse or dismissed as ‘collateral damage’ in the fight against Sikh militancy.

These are issues that touch a raw nerve with not just the Sikh diaspora, but also the domestic community.

Second, Sikhs themselves need to have a more structured dialogue between themselves, at least on crucial social and political issues. This will help resolve key ideological differences within the community, and render its politics more coherent.

Guru Nanak Dev’s dialogue with the priestly classes from other faiths, with whom he had numerous ideological differences, during his travels in South Asia and beyond should serve as a solid reference point for the Sikh communities in India and abroad. Dialogue surely has little replacement.