Home Citizenship Reading Proof as ‘Proofs’: The Search For The Elusive Bangladeshi in Assam 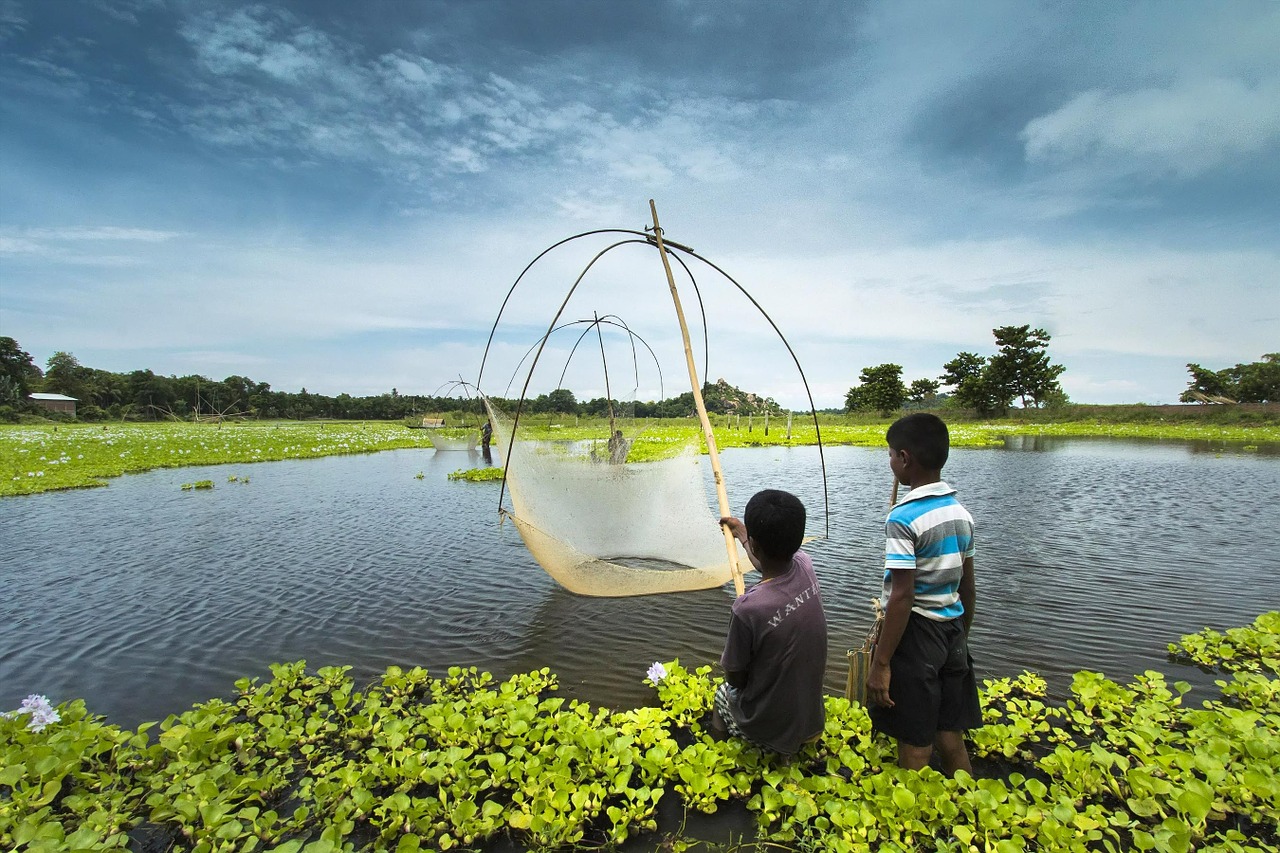 One can feel a palpable sense of disgust amongst a large section of population, Assam in general and Central and Lower Assam in particular, for having to provide the proof that one is not a ‘foreigner’ in her motherland. Interacting with them recently at various locations in Barpeta, Goalpara and Dhubri districts, a speech of a noted Assamese intellectual at the dawn of independence flashed in my mind. It was delivered in the following manner:

“Culturally, racially and linguistically, every non-Assamese is a foreigner in Assam. In this connection we must bear in mind that Assam from the very ancient times never formed a part of India. Mythology and legendary allusions apart, viewed in this perspective every foreigner who came to and reside in Assam for trade and other purposes after the occupation of the province by the British in 1826 AD might be treated as alien”

Ironically, what B.K. Barua mentioned about non-Assamese then seems to be now true of a sizeable section of the Assamese as well, the so-called NoAsomia (New Assamese), virtually the latest entrants to the fold of Assamese nationality. The future of the past in the name of on-going updating and ‘correcting’ National Register of Citizens (NRC) has set in a predicament. The mood seems to be filled with exasperation.

Sanskritisation and the Social Ladder

Observers on Assam will agree that migration, settlement and development have been more than often related. In this process, nationality formation also evolved where by different communities became a part of the overarching inclusionary Assamese nationality that evolved over centuries. Sanskritisation facilitated different communities, to come under this fold and those outside were simultaneously accommodated under the fold of the Satras (Vasihnavite monastery, where the reformer, Sankardeva played a pioneering role). Simplistically put, this evolution of becoming a part of the larger Assamese identity happened through a twofold phenomenon.

The first step involved communities outside the fold to be ascribed as Horu Koch (Lesser Koch) whereby adopting the life style of the caste Hindus e.g. through abstaining from pork, beef, rice beer consumption, residing in land instead of the elevated changghar, cremating the dead instead of burial, replacing animistic faith and practices with Vaisnavism/Shakta/Saivism etc. ultimately over a period elevated them to Bor Koch (Higher Koch). This has been an on-going inclusionary phenomenon till the late colonial period. It slowly transformed into a not so inclusionary process, if not exclusionary in the post-colonial era as nation building and linguistic states gathered momentum as a tool for gaining political exigency. This simultaneously created the process of constructing the ‘other’ comprising of population groups which did not suit the requirement of the dominant political discourse.

Wasteland has been one of the colonial constructs which had far reaching ramifications in the history of Assam. In a nut shell, ‘any land that did not yield revenue to the Crown was marked as wasteland by the colonial administrators’. The usufruct based subsistence agricultural practices of the communities, where private proprietary rights was not entrenched, has never been understood by the colonial administrators who were trained in the Lockeian logic of property. To them, there was plenty of land available in the colony which was to be utilised for generation of revenue to the Crown and thereby usher in civilisation at the door steps of the savages inhabiting the state.

Tea plantation was introduced to utilise the wastelands through lease to the European planters. This necessitated a workforce which was fulfilled by transferring tribal from various parts of Odisha, Bihar and parts of Bengal to work as indentured labour in these plantations. Over the years, it increased the food grain requirement in the state. This necessitated further utilisation of the wasteland by putting in larger tracts of land under cultivation. The colonial administrators coerced the agricultural sector by steeply increasing the land revenue rates, which they thought would force the peasantry to bring in more wasteland under cultivation and thereby increase food grain availability in the state. But it did not work according to their plans and between ‘1869 and 1905, land revenue increased by 80 percent while the area under cultivation increased by 17 percent only’.

The alternative was to bring in population groups from outside the state to undertake agricultural expansion. Debates regarding different population groups (e.g. Bihari Hindu or East Bengal Muslims) and mode of revenue settlement (zamindari or ryotwari) continued for a while and ultimately it was decided that the Bengali speaking Muslims from the densely populated districts of erstwhile East Bengal (present day Bangladesh) will be facilitated to migrate to the Brahmaputra valley under ryotwari settlement. The first partition of Bengal in 1905 put Assam and East Bengal under one administrative unit, which actually helped the process of migration of East Bengal peasant to Assam. This was evident in Census 1911, which recorded more than 26 per cent increase in population due to the migration of peasants from East Bengal, who now comprised nearly 20 per cent of the districts population.

By 1921, 2,58,000 migrants settled in Assam and now they started moving beyond Goalpara to Kamrup, Darrang and Nowgong districts as well. To cut it short, till 1951, there number must have been between ‘one to one and a half million, which was between one-tenth to one-sixth of the total population of the state’. Correspondingly, ‘out of the total (1.1 million acres, including plantation) wasteland settlement in 1941, about half a million acre was with the migrants from East Bengal, which was further added by 6,213,000 acres during 1940-41-1947-48’. This introduced a sea change in the agrarian economy of the state within a short span of time, but also had an impact on the socio-cultural matrix of the state as well.

The presence of Muslims in Assam goes back to the Ahom era, if not earlier. Later, the first Census of 1871 while locating population groups with more than 2 lakh population in the then Assam identified three groups, namely Koch-Rajbongshi (2,99,346), Kachari (2,58,810) and Muslim (2,50,470). But the migrant farm settlers from East Bengal, who were overwhelmingly Bengali speaking Muslim, generated a threat to the Assamese speaking elites in Assam. Although the migration process was initially appreciated by the Assamese elites, threats emanated once the migration increased at an exponential rate. Threat perception was more socio-culturally rooted as the amorphous group of people, termed Assamese, feared being overwhelmed by the dominant Bengali speakers and simultaneously being engulfed into Pakistan as Muslim League became a principal player in Assam politics under Maulana Bhasani. History suggests that Assam successfully managed to come out of both the threats, but this apprehension has been ‘sustained’ by both the state and non-state actors in the post-colonial era to sustain their hegemony over the masses.

On the other, the community leaders of the farm settlers from East Bengal displayed unusual foresight. Quite early in the process of migration to Assam they understood the difficulty of negotiating a minority status on both counts i.e. language and religion. Quite judiciously, they voluntarily changed the former while retaining the later. In the census declaration, they returned Assamese as their mother tongue and this enabled this language speaker to officially claim a majority status in the state. The puzzle seemed to have been resolved and the politics of majoritarianism through dominance of language ala census became the justification. This has been a common experience in several Indian states in the post-colonial era; Assam has not been an exception in this direction.

The Twists and Turns

The churning related to the evolving process of identifying ‘who is an Assamese’ is an interesting one. Although, not linear yet inclusion into the Assamese fold has been the trend during the late colonial and early post-colonial period. Here, affinity of language has been the pivot around which the deliberations revolved. Religion, although a bone of contention, did not generate fault lines leading to major contradictions. The movements of 1960 (Assam Official Language Act) and 1972 (Bongal Kheda) saw the Bengali Hindus being targeted and tormented in the name of ‘protecting’ the Assamese language from the hegemony of the Bengali. The farm settlers from East Bengal were no more a threat after their acceptance of Assamese as their mother tongue. However, things started to change during the Assam Movement (1979-85) when the slogans Ali, Kuli, Bongali…. Nak Chapeta Nepali….now belonged to a cohort euphemistically ascribed as Bidexi were urged upon to ‘get out of Assam’. This movement while consolidating the core in the Assamese speaking society generated fault lines in the peripheries of the Assamese social structure. The tribes of Assam such as the Bodos, Karbis, Missings, Dimasas, Rabhas to name a few, chose the path of identity assertion through homeland aspirations.

The Assam Accord, which was the signed document that was agreed upon by the Indian state and the leadership of the Assam Movement, specified among various other clauses that ‘any foreigner who came to Assam on or after March 25, 1971 shall continue to be detected, deleted and expelled in accordance with law’ and ‘the government will give due consideration to certain difficulties regarding the implementation of the Illegal Migrants (Determination by Tribunal) Act, 1983’ as well ‘as safeguard the cultural, social, linguistic identity and heritage of the Assamese people’. It was made to appear that with these safeguards Assam was entering an era of peace and social harmony. Consequently, the Supreme Court repealed the IMDT Act in July 2005 while the updating of NRC started in March 2015 where it was promised that by 31st December 2017 the final draft of NRC will be published. All these efforts were undertaken to free the state from the presence of the alleged illegal immigrants referred as the Bangladeshi!

The process of constructing the ‘other’ has been an on-going phenomenon in post-colonial Assam, except for a brief phase during the early days of insurgency when a person in the state was addressed (in leaflets) as the Asom Baxi (residents of Assam) instead of being the Assamese. This utopia was albeit short lived. While the periodic interventions, both by the state and non-state actors, punctured the inclusionary evolution of Assamese nationality formation, the raij (people) kept the hopes alive through intermingling and intermixing through a permeable social milieu. In fact, the scenario in the state seems intriguing, while in Europe, exclusion and denial of voter’s right goes hand in hand, in Assam bestowing of political rights does not guarantee a freedom from the impending threat of exclusion. In any election, the East Bengal farm settlers always vote in maximum numbers yet these are the areas where the necessity for citizenship proof is the highest.

Will the NRC provide a relief in this direction or there will be newer alibis under a different pretext to treat the compatriot as strangers? As one erosion affected resident from Chikni village (where the river Beki meets Brahmaputra, Barpeta district) explained, ‘we forward the authorities with our proof of citizenship but they visit again for the same and again, are our proof then mere ‘proofs’ for the next print order?

This essay originally appeared in Pangsau. This version was first republished here with permission on 27 September 2018.

Gorky Chakraborty teaches economics at the Institute of Development Studies Kolkata (IDSK). His book Assam’s Hinterland: Society and Economy in the Char Areas is one of first detailed research works on char areas in Assam.