Home Geopolitics Borders Three Years Into Doklam, India and China are Back to Border Standoffs 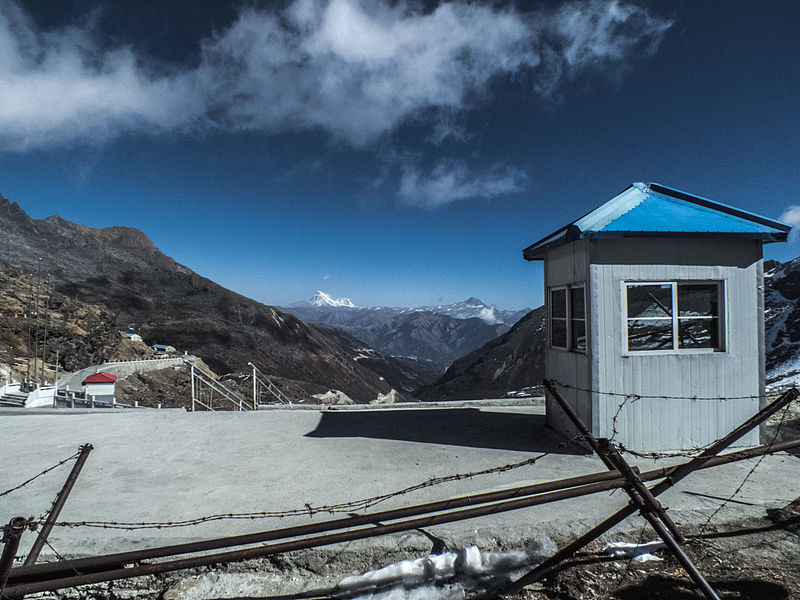 The longstanding border dispute between India and China has flared once again, with soldiers from both sides engaging in a heated skirmish earlier this month, which then led to full-scale military build-ups along both sides of the ambiguous border in the Ladakh region.

According to reports, Beijing has moved “over 6000 soldiers and support elements, at four locations in eastern Ladakh, three in the Galwan Valley and one near Pangong Lake.” In direct response, New Delhi too has moved additional high-altitude troops stationed in Ladakh to “operational alert areas” along the disputed Line of Actual Control (LAC). Earlier, troops from both sides were also involved in a physical brawl in a disputed sector of the Indian state of Sikkim.

While the exact scale of the build-up is unclear, one Indian analyst put the number of PLA soldiers who have already entered Indian territory at 10,000.

On 5 and 9 May, Indian and Chinese troops came face-to-face at Pangong Tso Lake in Ladakh and Naku-La sector in Sikkim, respectively. Several soldiers from both sides have sustained injuries in these ‘routine’ cross-border fights. According to sources, the clashes were a deliberate attempt by China’s People’s Liberation Army (PLA), which strongly objected to Indian presence in the region, to compel New Delhi’s troops to move back from “Chinese controlled areas”.

In Ladakh, an initial argument between the soldiers escalated into a heated confrontation, with soldiers reportedly resorting to stone pelting and fist fighting. The troops disengaged following a dialogue between local commanders from both sides.

The other face-off took place at 19,000 feet above seal level in the disputed Naku La sector in Sikkim on 9 May. About a dozen soldiers from both sides sustained injuries during the brawl. Much like the hand-to-hand fighting along the shores of Pangong Lake, in Sikkim too, an argument gave way to a stand-off. It was, however, resolved through discussions between local commanders.

Such instances of the PLA assessing India’s military preparedness along the border indicates that an escalation of tensions in the region is inevitable in the near future.

The saga of strained relations and relentless disputes between the two Asian powers is not new. The tensions date back to the 1962 India-China war in the aftermath of which, relations between both countries remained frozen for nearly a decade and a half. The main bone of contention between both countries is the disputed border, the contours of which neither side seems to agree upon.

Disputes have flared up ever since India claimed Aksai Chin in the eastern Ladakh region as part of the state of Jammu and Kashmir, while the Chinese claimed the state of Arunachal Pradesh in Northeast India as part of its Southern Tibet region. Aksai Chin is currently administered by China, while Arunachal Pradesh remains under India’s control. Thus, the 3488 km-long LAC has been witness to innumerable troop stand-offs over the years, which have further aggravated the tensions.

Since India and China are not separated by a well-defined border, the LAC serves as a de facto international border between both countries. Both nations have different understandings of their claims over the ambiguous border. In accordance with their individual perceptions of the LAC and the absence of a mutually-agreed official boundary, troops from both sides routinely exert authority in the disputed territories through military buildups, leading to instant face-offs. The 2017 Doklam standoff and the ongoing ones in Pangong Tso Lake near Ladakh and Naku La near Sikkim.

The LAC is divided into three parts – western, middle and eastern. The People’s Liberation Army (PLA) often pokes India in the western part of the LAC, which falls in eastern Ladakh. The barren mountains towards the northern part of the Pangong Lake is referred to ‘fingers’. India claims that the LAC starts at Finger 8, which the Chinese, who occupy Finger 8, refute. They assert that the border begins at Finger 2. This divergence in understanding lies at the heart of the territorial dispute in the northern sector.

In the recent context, as a response to Chinese construction of motorable roads along the LAC in easter Ladakh, India is constructing a road between Fingers 2 and 3. The latest Sino-Indian confrontation occurred at a common area – Finger 5. To be more specific, the Chinese insisted that India limit their patrolling to Finger 2 – a proposition unacceptable to India, which claims to control the territory till Finger 4.

No replacement for diplomacy

Much like a dormant volcano, these intense military incidents have resurfaced after a period of relative relaxation and have been reminiscent of the three year old Doklam crisis when Indian and Chinese troops faced each other at close quarters for 73 days at the disputed trijunction between India, Bhutan and China in the eastern sector.

The standoff sent a clear message to South Asia about China’s perpetual desire to emerge as a pan-Asian regional power. At the time, Chinese President Xi Jinping deliberately avoided diplomatic engagements in light of the upcoming 19th Party Congress. Although the terse standoff ended with the PLA retreating, Beijing left behind its lurking presence in the territory. It continued to advance its military buildup in the region, developing air bases close to the standoff point.

Meanwhile, troops from both countries continue to re-establish their presence along the northern sector of the LAC. The PLA is engaged in a massive military development close to the Pangong Lake and the Galwan river in Ladakh. Defying Indian military orders, Chinese troops have erected around a hundred tents in the past two weeks.

At such a time, when any provocation can trigger a war, the only way out seems to be political diplomacy between New Delhi and Beijing. Ushering in a 70 year anniversary of India-China bilateral ties, ever since India became the first country outside the communist bloc to recognise Mao Zedong’s Beijing government on 1 April 1950, Prime Minister Narendra Modi and President Xi Jinping have sought to establish strategic peace and cooperation in their respective capacities.

In their second “informal summit” at India’s Mamallapuram in October 2019, Xi Jinping and Narendra Modi had mutually agreed on initiating a closer partnership for both countries. With the border conflict on the surge, New Delhi and Beijing may find themselves sharing a complex relationship and on the verge of shifting power dynamics.

Xi’s quest for a pan Asian domination will certainly have an impact on Sino-Indian ties. For New Delhi, cooperation and diplomacy must be the preferred tools to effectively counter Chinese expansionism. Relaxation of border disputes calls for a comprehensive clarification of the LAC and re-establishing military protocols for both sides.

Moreover, much like the entire world, India too is not unaware of the lack of Chinese transparency and accountability to the world over the ongoing COVID-19 pandemic. It is fair to conclude, thus, that the mutual inability to reach territorial agreements coupled with global apathy towards China for failing to contain the spread of the lethal virus, ought to cause a severe degeneration of relations.

Apurbaa Sengupta is an undergraduate student of political science at the Department of International Relations, Jadavpur University. She is interested in public policy, diplomacy and foreign policy.