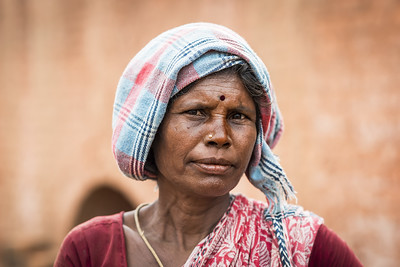 The Maternity Benefit Act (MBA), 1961 aims to regulate employment of women employees in certain establishments for periods before and after child birth. It also provides for maternity and other benefits. The Act extends to the whole of India and is applicable to every factory, mine or plantation, including those belonging to the government and to every shop or establishment wherein 10 or more individuals are employed or were employed on any day of the preceding 12 months. Eligibility conditions include 80 days of continuous service along with a monthly income of upto Rs 15,000.

The MBA was amended in 2017 to enhance maternity leave entitlement from 12 weeks to 26 weeks for the first two children. It also extends some scope for surrogacy as well as adoptive mothers. There are 8 weeks of paid leave before delivery and 18 weeks of paid leaves post-childbirth, all of which can be availed entirely post-childbirth. The cap remains at 12 weeks in case of adoption. Providing crèche facility becomes mandatory for an organisation with more than 50 female employees. Working from home is also a possibility once the maternity leave is exhausted. Further, it is now imperative on the part of the employers to make employees aware about the different provisions and benefits under this Act.

These amendments were made in a context where female labour force participation declined steadily during the last two decades – from 35% in 1990 to 24% in 2018. Women in India represent only 24% of the paid labour force, as against the global average of 40%, according to a recent McKinsey Global Institute report. According to a World Bank study, India has one of the worst gender gaps (disproportionate difference between the sexes) in the world when it comes to labour force participation.

The economic loss of such non-participation is huge. Only 13.8 crore females are in work force out of a female population of 61.6 crores. According to the Centre for Monitoring Indian Economy (CMIE) and TeamLease, if female Labour Force Participation Rate (LFPR) increases up to 35% by 2025, GDP increase would be in the range of 16-60 per cent. A study conducted by TeamLease in 2018 on impact of the new amendment found that there might be job loss from 11 to 18 lakhs in certain sectors and the small and medium sized industries (particularly services and manufacturing) will experience reduced demand for women workers.

India is also probably the only country where the financial burden is supposed to be fully borne by the employer. In most countries, the cost of maternity leave is shared by the government, employer, insurance agency and other social security programmes. In Singapore, for example, the employer bears the cost for 8 weeks and public funds pay for another for 8 weeks. In Australia and Canada, public funds bear the full cost. A social insurance scheme bears the cost in France. In Brazil, it is shared by the employer and the state.

Since the inception of the International Labour Organization (ILO), there has been a well maintained system of international labour standards that aim to promote decent work and protect the rights of men and women. These labour standards are in the form of conventions and recommendations that are drawn up on the basis of tripartite discussions comprising of representatives of governments, employers and workers from all over the world.

The ILO Convention 183, adopted in 2000, is one of the prominent international instruments that aim to promote gender equality in the workplace. The Convention considers maternity protection as a shared responsibility of the government and society, and sets minimum standards for maternity protection to ensure health and safety of the mother and child. The convention is ratified by 38 countries, and India isn’t one of them.

India had the Maternity Benefit Act, 1961 much before the Convention was drafted. With the new amendment, India is in a better position to ratify ILO Convention 183, which prescribes minimum 14 weeks of maternity leave. There is no denying the fact that the amendment improves India’s position across the globe in provision of maternity protection, as India has emerged as one of the countries with highest maternity leaves in the entire Asia-Pacific region and is also ahead of some European countries, such as Germany (14 weeks), Spain (16 weeks), France (16 weeks), Netherlands (16 weeks) and Italy (22 weeks).

As maternity benefit is applicable to female employees of establishments employing 10 or more workers on any day in the preceding 12 months, virtually all women workers in the unorganized sector are outside the protective purview of this Act. More than 90 per cent of the labour force is in the unorganised sector. Thus, maternity benefit is available to only a miniscule formal organised sector female employees. 90% of women in the informal sector are excluded from the applicability of this Act.

While the Unorganised Workers Social Security Act, passed in 2008, includes maternity benefits as one of the entitlements for the unorganised sector, no wage-linked scheme for this purpose has yet been notified by the government. The state has devised certain schemes for women workers – like the Janani Suraksha Yojana (JSY), which is basically an incentive scheme for institutional delivery.

The other entitlement currently available for all women is under the National Food Security Act (NFSA), 2013 that promises at least Rs 6,000 for all pregnant and lactating women. However, the scheme notified for this purpose, the Pradhan Mantri Matri Vandana Yojana (PMMVY) limits the benefit only to the first birth and has also reduced the amount to Rs 5,000. This entitlement is too low and is not linked to any wages to be justified as maternity benefits. Some states have increased the amount. Madhya Pradesh recently hiked it to Rs 16,000, while Tamil Nadu pays Rs 18,000 through its Dr Muthulaxmi Reddy Maternity Benefits Scheme.

Further, maternity benefits provided under PMMVY has certain limitations. First, the revised PMMVY offers this benefit only for the first child. Second, the amount of money given to women in the informal sector under the PMMVY falls far short of what women in the formal sector get under the Maternity Benefits Act. Conceptually, PMMVY is meant to be wage compensation. Organised sector workers get maternity benefit in the form of wage compensations for an extra six-and-a-half months based on last drawn pay. The entitlement under PMMVY is Rs 6000, which if we compare with wages, is equivalent to approximately three week’s wage in terms of minimum wage. Thus, in terms of wage compensation, PMMVY falls far short as compared to the benefits provided under the MBA.

To avail benefits under such schemes, women construction workers need to get registered first; and for that, they need to work at least 90 days in preceding 12 months as construction workers and get certification from authorised persons. Such registrations need to be renewed annually too. These days, the process of registration has gone online, making it tougher for semi-literate informal sector women workers to avail benefits.

Further, even when informal workers are in wage employment, establishing an employer-employee relationship is very difficult, because of informality and lack of documentations. In certain cases, there are multiple employers in domestic space, like in the case of domestic workers. Terms of employment and conditions of service are purely informal. Given such circumstances, it is almost impossible to ensure or monitor whether women informal sector workers are receiving maternity benefits and not leaving the labour force because of incidences of maternity.

Even the proposed Code on Social Security, which aims to universalise social security benefits and amalgamates all existing labour laws related to social security (8 labour laws including the MBA and the Unorganized Sector Workers Social Security Act) do not provide guaranteed maternity benefits for women informal sector workers. The Code on Social Security incorporated existing legislations along with threshold limits, and universalisation of certain benefits, including maternity benefits, did not happen. Previously independent acts are now chapters in the Code without any qualitative change. Pre-existing limitations still remain. It seems that an opportunity is being lost in making maternity universal for all women informal sector workers.

A study conducted by the ILO on law and protection of maternity based on a survey of 185 countries across the world revealed that in most of the countries (both developing and developed), maternity benefits were jointly funded by employers and the employees (Algeria, Belize, Cyprus, Greece, France, Lithuania, Morocco, Pakistan and Tunisia). A regional analysis had further revealed that Eastern European and Central Asian countries relied on social security systems for maternity funding, while employer liability systems were common in Africa, Asia and Middle East.

In case of low income workers or employees of small or medium sized enterprises, some countries (Honduras and Mexico) have made a provision of tripartite funding of maternity insurance schemes through contributions from employers, employees and government. Considering the Indian labour market, which has high informality, women are mostly concentrated as self-employed or casual workers, domestic workers, home based workers and others, with limited access to social security.

As witnessed in other countries that have extended coverage to self-employed workers, there has been subsidising of the employees’ contribution to ease their financial burden (such as, non-contributory maternity cash benefits in New Zealand, Croatia, Brazil). Such programmes have helped reduce poverty and protected women in the informal sector.

Keeping in mind the informal sector of India, women’s engagement in certain sectors in low-paying employment, like manufacturing, services, construction and others, and the declining female labour force participation, it is important to consider channelising the maternity benefit schemes through social insurance or social security programmes, than making them mandatory for the employer to be liable for providing the benefit. There is a need to provide full coverage to women workers with access to maternity and health protection within the broader ambit of universal social protection coverage.

There needs to be a national campaign towards building public support for investing in maternity entitlements in recognition of the contribution that women make to the process of social reproduction.

Dr Kingshuk Sarkar is an independent researcher and also works as a labour administrator with the Government of West Bengal. He earlier served as a faculty of the V V Giri National Labour Institute, Noida and NIRD, Hyderabad. He can be contacted at kingshuk71@hotmail.com.

Dr Ellina Samantroy is Fellow at V V Giri National Labour Institute, Noida. She has a PhD in Sociology from Jawaharlal Nehru University, New Delhi. She works extensively in the field of gender and labour. She can be contacted at ellinasamantroy@gmail.com.