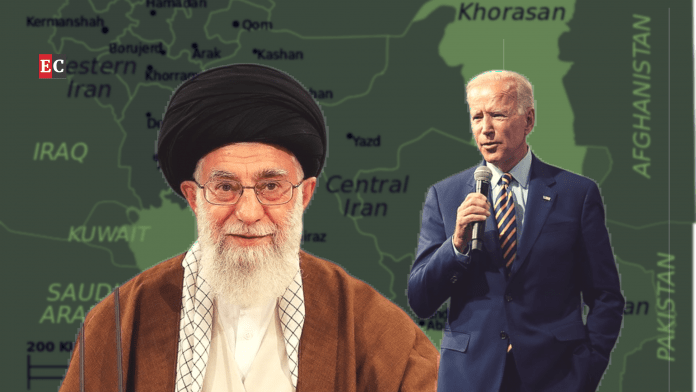 Given the difference in personality styles between the Democratic former Vice President and current President, Donald Trump, as well as the fact that Biden comes to the job as a quintessential insider, there is definitely likely to be a change in the foreign policy ‘style.’ Yet, it remains tough to forecast the ‘substance’ of it.

A new chapter with Tehran?

One of the important foreign policy priorities of Biden, which will have an impact on US partners, is Iran.

American allies and signatories to the Joint Comprehensive Plan Of Action (JCPOA), or the Iran/P5+1 agreement, including the UK, Germany and France (also known as E3), had earlier criticised Trump’s withdrawal from the landmark nuclear deal.

It would be interesting to see the final shape that Biden’s Iran foreign policy takes. Days before the announcement of the election result, Iranian Foreign Minister, Javad Zarif, in an interview to CBS, had stated that Tehran viewed the statements emanating from the Biden camp positively, though it would have to wait and watch.

While commenting on the Biden-Harris victory, Iranian President, Hassan Rouhani, urged the US to return to the JCPOA. On Sunday, state-run media in Iran quoted Rouhani as saying:

“Now, an opportunity has come up for the next US administration to compensate for past mistakes and return to the path of complying with international agreements through respect of international norms.”

Biden’s openness towards the JCPOA

Earlier in September, Biden had unequivocally stated that he is willing to get the US back on the JCPOA, subject to the fact that Iran returns to compliance with the nuclear agreement.

Biden, who also served as Vice President under President Barack Obama (who was the architect of the deal) has been critical of the Trump Administration’s approach towards Iran, dubbing it as a failure.

Further, in the midst of the COVID-19 pandemic, Biden along with many US allies had also urged the Trump administration to temporarily relax Iranian sanctions on humanitarian grounds.

In recent months, the US has imposed more sanctions on Iran, the latest instance being sanctions imposed days before the election on Iran’s Ministry of Petroleum, the National Iranian Oil Company and its oil-tanker subsidiary. The reason cited for sanctions was the financial support that Iran’s oil sector extended to the Islamic Revolutionary Guards Corps (IRGC).

Yet, the US was unable to “snapback” Iranian sanctions that had been removed under the JCPOA, thanks to a block by the UN Security Council.

Despite the above, there is skepticism over the revival of the deal. The incumbent Iranian President Rouhani himself is likely to face elections soon and there is limited room for maneuver given that hardliners in the country, whose clout has increased as a result of Trump’s Iran policy, are averse to any engagement with the West. Senior Iranian officials have also stated that they will not accept any conditionalities from Washington DC.

Biden may have fundamental differences in his approach vis-à-vis the Middle East as compared to Trump for a variety of reasons.

First, Biden’s has a more conservative and less confrontationalist approach towards foreign policy. Apart from this, there is a clear imprint of the Obama Administration on the JCPOA.

Second, Trump had a far better relationship with the Gulf Cooperation Council (GCC) countries, like the UAE, Saudi Arabia, and others like Turkey and Egypt. The outgoing President made no qualms about getting along with authoritarian leaders.

Trump touted agreements between Middle Eastern countries, such as Bahrain and the UAE, and Israel as one of his major achievements. Even his critics would grant him credit for the same.

What puzzled many was his flexibility towards North Korea and his obduracy in engaging with Iran. Former President Obama, while commenting on the US withdrawal from JCPOA, had remarked:

“Indeed, at a time when we are all rooting for diplomacy with North Korea to succeed, walking away from the JCPOA risks losing a deal that accomplishes – with Iran – the very outcome that we are pursuing with the North Koreans.”

Third, a more flexible engagement will prevent Iran from further swaying towards China, something Washington would want to prevent. One of the key factors cited for the Iran-China 25 year agreement (which will bolster economic and strategic relations between both countries) is the approach of the Trump Administration on Iran.

Apart from this, Biden who has repeatedly reiterated the point about engaging with allies is likely to take their advice. The US President-elect has already proposed a global democracy summit where common challenges confronting the world will be discussed and it is expected that the US will seek the views of allies.

The UK, France and Germany (E3) and Japan and India are likely to be in favor of a different American approach on Iran. One of the major bones of contention between the Trump administration and E3 countries was the setting up of a special purpose vehicle (SPV) to ensure that economic links between Iran and European countries are not impacted by US sanctions.

India would welcome a more open US approach on Iran, since it can pursue economic relations with the oil-rich country, which have suffered ever since the waiver to purchase oil from Iran was removed by the US in 2019.

More importantly, New Delhi has been cautious with regard to the Chabahar Port with Tehran, which has also complained about the former’s excessively guarded approach vis-à-vis the project.

In recent months, however, India has been focusing on getting ties with Iran back on track, as clearly shown by the back-to-back visits of India’s External Affairs Minister, S Jaishankar and Defence Minister Rajnath Singh, to Tehran.

It is believed that India’s recent overtures towards Iran were done while factoring in a change of guard in Washington DC. Significantly, Iran has asked for equipment for the Chabahar-Zahedan railway line, an important component of the Chabahar Project, and has also asked for India to resume its line of credit.

In conclusion, there are likely to be differences over crucial issues since national interests are paramount for each country. It is important for partners to work together on crucial challenges.

A Washington administration that works more closely with allies and seeks their inputs on crucial issues is good news for everyone. India would hope that Biden’s approach towards Iran is pragmatic and provides space to engage with Iran to achieve its own economic goals.