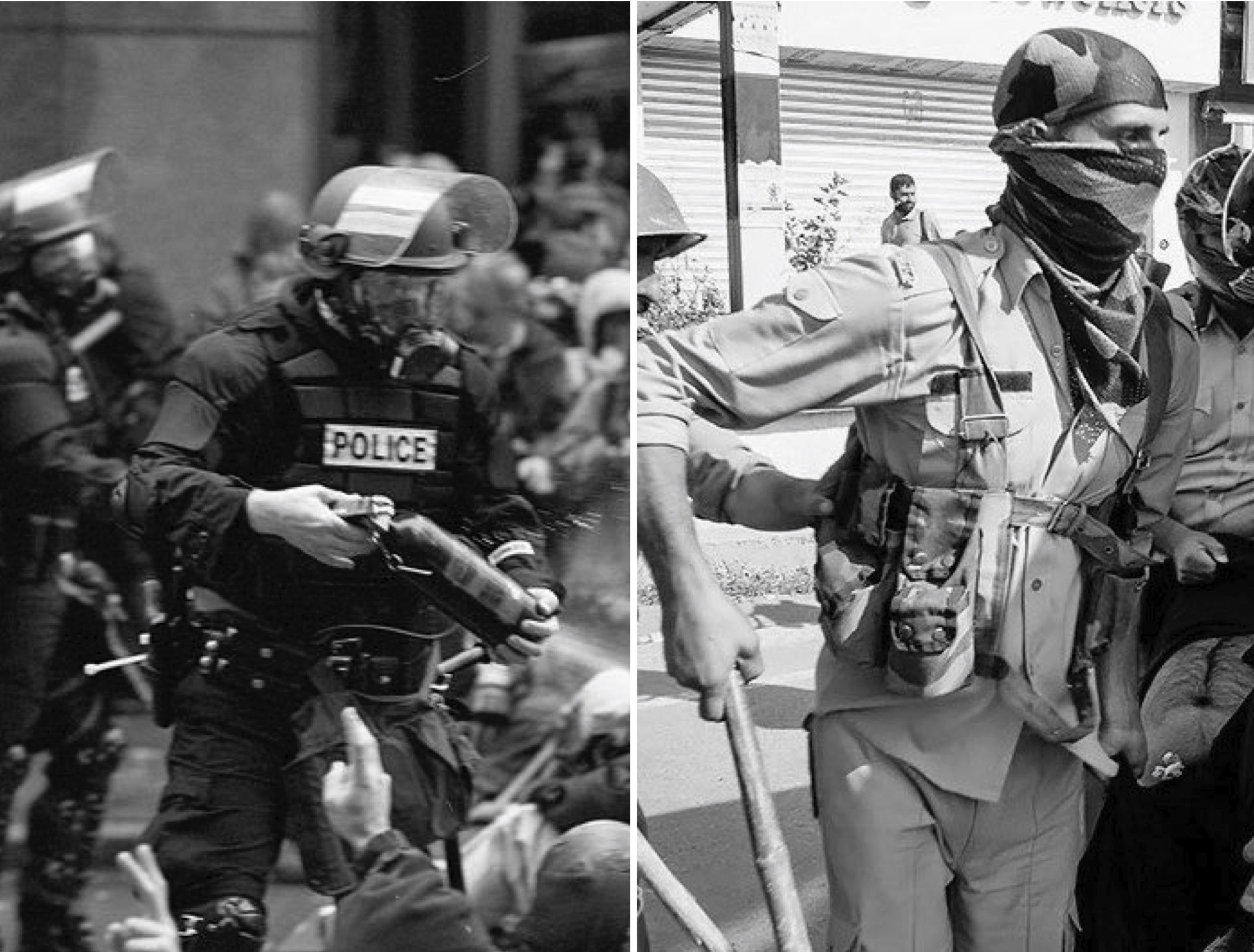 The uproar over the recent murder of George Floyd, a 46-year-old African American man, by Derek Chauvin, a 44-year-old White Minneapolis police officer, has assumed centre-stage in the United States and other parts of the world, prodding countries to introspect and cleanse their own tainted societies. It is an opportune moment for us Indians to reflect too.

The twin scourges that led to Floyd’s murder and are now being protested against throughout the world are – discrimination (racial) and police brutality – are also ubiquitous in India.

The police murder of George Floyd in Minnesota is not the first or even the latest incidence of police brutality in the US. More recently, another African-American man, 27-years-old Rayshard Brooks, was shot dead by police in Atlanta. And yet these incidents are only the tip of the iceberg and form only the modicum of experience the US have had with police brutality.

While we Indians register our contribution in the ongoing protests (mainly on the social media), it makes sense to us to know about the status quo of the problem in our own country. India has had and continues to have its own history and culture of violence fostered and practiced by the very arm of the state that is bestowed with the responsibility of preventing crime in society.

It is utterly unfortunate that we in India do not really need to ferret out instances of police brutality. They are wildly common and easy to recall every single time the topic is broached.

For instance, the memory of police beating up students of New Delhi’s Jamia Milia Islamia University, who were peacefully protesting against the Citizenship Amendment Act (CAA) 2019, was still fresh in people’s minds when the police displayed an equally blatant show of violence during the operation of the countrywide COVID-19 lockdown.

There was a slew of media reports on police reprimanding and thrashing with rifle butts and batons street vendors, patients, buyers of essential commodities or simply anyone who stepped outside their houses. The police did not spare even the migrant workers who were already distressed of walking hundreds of kilometres to their hometowns, with their stomachs and pockets empty.

Most of the police action (or overreaction) took place without any legal backing. Indeed, the extent of injustice and iniquity inherent in this police behaviour can be understood by the fact that the Commonwealth Human Rights Initiative (CHRI) specifically issued a set of guidelines for police forces that explicitly prohibited them from using force on persons violating the lockdown regulations.

These are only some recent instances of police brutality in India and are only a paltry part of its humongous history. The Jallianwala Bagh Massacre of 1919, the Bhagalpur Blindings of 1979-80, the Hashimpura and Maliyana Massacres of 1987, the Koothuparamba Firing of 1994 and many other similar instances testify to the common and incessant practice of police violence in India.

Though direct perpetration of violence is the most visible form of police brutality, it exists in other forms as well, including custodial deaths and inaction on a certain occasions.

According to an answer given by the Minister of State for Home Affairs in Rajya Sabha, 427 people died in police custody between the years 2016 and 2019. Albeit the police put the onus of these deaths on suicide, illness or some natural causes, the family members of the dead blame the torture meted out to them in police custody.

No wonder according to the ‘Status of Policing in India Report 2019’, published by Common Cause and Centre for the Study of Developing Societies (CSDS), four out of five police personnel believe that there is nothing wrong with beating up persons accused of crimes to extract extrajudicial confessions.

Such instances of gross police inaction emerged during the Northeast Delhi sectarian violence last February. Failure of Delhi Police to act on time led to violent clashes between pro-CAA and anti-CAA protestors between 24-26 February.

Claims made by the police that they did not act on time because they did not receive any orders from exalted authorities do not have a leg to stand on. The law providing enough discretion to the police in such urgent situations is quite cogent.

In the wake of Floyd’s murder, activists in the US have initiated a #DefundThePolice campaign. What we in India first require are extensive police reforms.

The ‘Status of Policing in India Report 2018’ claims that 50% of Indians condone police violence. It also claims that in our country, “the knowledge of police violence does not agitate the public much; on the contrary, it earns public approbation.” And 34% people whom the report found to be rejecting police violence, either partially or completely, do not come out on the streets to demand its end. Their protests, if any, are just limited to the social media platforms.

This also probably explains what is reported by National Crime Records Bureau (NCRB) – that in 62 cases related to custodial deaths in 2017, 33 persons were arrested, 27 were chargesheeted, 4 were accused or discharged and none were convicted. NCRB estimated 300 custodial deaths in the years between 2008 and 2016, but in this period, there were zero convictions.

Fortunately, public sloppiness did not stymie those in power to do their bit in reforming policing in India. In 2006, the Supreme Court, in Prakash Singh and others v. Union of India and others, issued seven directives for police reforms, which were broadly aimed at securing two objectives: functional autonomy for the police and enhanced police accountability.

A variety of other police reforms have also been called for by the NITI Aayog and the government-appointed Administrative Reforms Commission. A lot of them have been enacted, but with the general public’s cavalier attitude, there is no one to ‘police the police’ in our country.

The #BlackLivesMatter protests teach us that in public outcry lies the ultimate power, that it is public vigilance that is the need of the hour. These reveal a long path ahead which we will have to traverse in order to see the real change in our country.

Read the first part of this two-part series here.