Home Geopolitics For India, Non-Alignment Is the Best Response to ‘Cold War 2.0’ 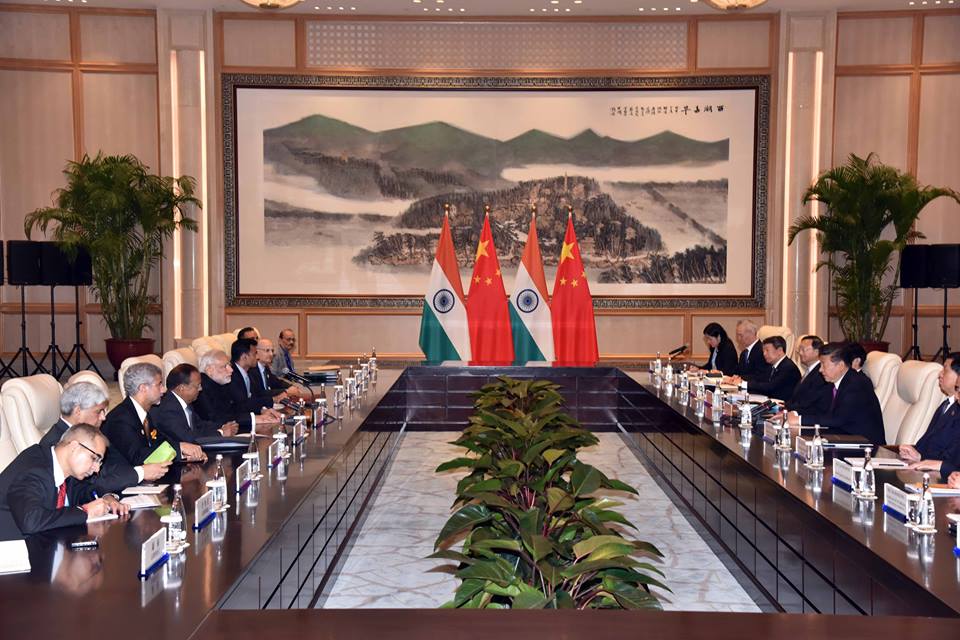 Francis Fukuyama, in his iconic 1989 essay, assumed that the collapse of the Soviet Union in 1991 would be the end of history. While Fukuyama has clarified that this did not mean the triumph of American hegemony, events from around the world in the last decade of twentieth century and the first of the twenty-first reflected otherwise.

During this period, the United States (US) and its allies expanded considerably through the European Union (EU) and the North Atlantic Treaty Organisation (NATO). The Americans also involved themselves in Iraq twice, bypassing the UN Security Council. However, this unipolar world was short lived as both Russia and China grew silently. While Russia has been showing its hard power in Georgia, Ukraine and Syria, China has grown economically and aims to replace the US as the largest economy in the world.

This multipolar world has brought a weakening US in confrontation with increasingly assertive Russia and China – a geopolitical escalation, which many have nostalgically termed as Cold War 2.0.

When the first Cold War took place, India chose an independent path of non-alignment. In coming out of the throes of British colonialism, India did not want to be dependent entirely on either of the two camps. Some scholars have argued that this was because India saw itself as a great power. US-based political scientist Sumit Ganguly sees this as a product of Jawaharlal Nehru’s idealist foreign policy, which, at the national level, was in keeping with the anti-colonial and anti-apartheid Gandhian heritage.

The policy did not manifest well because of America’s apprehension of a pro-Soviet and pro-communist India. India eventually developed a special relationship with the Soviet Union, as the US moved closer to Pakistan and then China to ‘contain communism’. At the end of the Cold War, systemic factors brought India close to the West.

As the international context changes again, where we move towards multipolarity, India would do best to fall back to non-alignment. Its current foreign policy, which is otherwise, has only had adverse consequences, particularly in the immediate neighborhood (read: China’s encirclement through the Belt and Road Initiative).

Further, any policy that departs from the non-alignment template may also prevent India from maintaining meaningful relationships with Russia and Iran.

China unveiled its Belt and Road Initiative (BRI) in 2013 with the aim of building connectivity and cooperation with the rest of the world. The gigantic, cross-continental infrastructural project seeks to create a 21st century Silk Road by deepening and broadening the penetration of Chinese markets in rest of the globe. Many analysts see the project as Beijing’s attempt at ‘debt trap diplomacy’ as the investments made eventually end up rendering the host country dependent on Chinese capital. The Hambantota Port in Sri Lanka is a case-in-point.

India sees the initiative through a similar lens. In May 2017, China had hosted the Belt and Road initiative summit. All of South Asia, with the exception of India and Bhutan, participated in the same. India, in particular, has registered its dissent against the China Pakistan Economic Corridor (CPEC), a constituent project of BRI that passes through Pakistan Administered Kashmir, a region India claims as its own. India claims that the projects runs through the disputed region, and hence disturbs the status quo.

Also read ‘The Trump-Putin Bonhomie Could Be Good for India’

The BRI Summit absence was followed by the Doklam crisis in June, a nearly two month long military border stand-off between India and China. The confrontation should be seen a calculated one as China not only wanted to project power, but also seek to open up a discourse that put India as a hindrance to Bhutan-China relationship. The public sphere in Bhutan did condemn China’s actions, but, were not happy with India’s intervention either, as many saw it as a violation of their sovereignty.

China also has been quick to exploit dissatisfaction among India’s other neighbors – for example, Nepal has gradually pulled itself away from New Delhi since 2015 when the latter allegedly imposed border blockades during the 2015 Madhesi agitations.

The realpolitik that the Asian giant exhibits in South Asia has particularly to do with India moving closer to the US than ever before. There has been critical strategic shifts on India’s part with the signing of bilateral agreements with Washington, like the Logistics Exchange Memorandum of Agreement (LEMOA) in 2016. The agreement allows the armed forces of India and the US to use each other’s military bases when required. This has inevitably attracted Chinese attention.

Further, India recently hosted the 2+2 dialogue where it concluded negotiations on the Communications Compatibility and Security Agreement or COMCASA, which will facilitate the transfer of sophisticated communication technology through American defence sales to India.

Moreover, both are yet to sign the Basic Exchange and Cooperation Agreement for Geo-Spatial Cooperation. The US has two primary reasons for this:

First, Pakistan has not been cooperating with Washington over battling terrorism in the region. The US wants stability in Afghanistan and sees India’s western neighbor doing little to curb its funding to jihadist organisations in the country.

Second, US is apprehensive about Pakistan moving closer to China by being part of BRI.

An additional argument provided by former senior official in India’s Ministry of Defence, Thomas Mathew, is that the US is taking advantage of India’s weak industrial military complex. Washington seeks to monopolise the Indian market, thereby attempting to turn the unfavourable trade balance in its favour. Currently, the US has a trade deficit of $24 billion with India.

Also read ‘Is India in a Catch 22 Situation in the Indo-Pacific?’

But, China will not interpret the arms sale through a similar lens. Amid the trade war between Beijing and Washington, any policy that brings the latter closer to the former’s perceived enemy in Asia, will be understood as an act of aggression.

India’s pivot towards the US will also open up a new relationship between Pakistan and Russia, wherein the latter could potentially substitute the Washington’s diminishing role in Pakistan, thus maintaining the regional status quo with only different actors.

The non-approval by the US to waive sanctions for India’s energy imports from Iran might also harm the time-tested relationship between New Delhi and Tehran. As K C Singh, the former Indian ambassador to Iran argues, Iran makes decisions not on basis of commercial but strategic interests. Hence, India’s Chabahar project may suffer because of such a strained equation.

India has a history of resisting imperialism. The policy of non-alignment was born out of this attitude as India rejected exploitative and expansionist foreign policy doctrines.

The doctrine, however, is being currently reversed. While we have been raising concerns about the BRI being a neo-colonial project, we ourselves cannot fall into the same trap with the United States. Some takeaways from the 2+2 dialogue reveal that Washington is the only winner of the COMCASA agreement:

First, the agreement entails military inspection of India’s military bases by the US. The scope of the inspection is not yet known as the document is not available on the public forum.

Second, US wants India to reduce its arms import from Russia, and instead start buying from them.

Third, since both the countries are not formal allies and hence never going to fight a war together, questions have been raised by experts on the need for the agreement. The USs is currently reluctant towards its Western allies. Experts have linked this to President Donald Trump’s America First policy. India should see this as a precedent before moving any closer to Washington.

Instead of projecting power, India must look to forging a more cooperation-based relationship with Beijing. The BRI aims to deepen integration within and outside Asia. The infrastructural projects that China seeks to build, like CPEC, China Myanmar Economic Corridor (CMEC) will  boost trade of the participant countries, as these new routes will be time saving and cost effective. India should not let go of the opportunity.

A closer relationship with China could also dilute its friendly equation with Islamabad. After all, the Sino-Pakistan bonhomie is only strategic, and can be reversed as China currently faces Islamist extremism in its own backyard, some of which may have links with Pakistan. Further, the recent sharpening of tone by the newly-elected Pakistani Prime Minister, Imran Khan, after India cancelled high-level talks in New York, should push New Delhi to find alternate options to deal with Islamabad.

Most crucially, India has the potential to play a peace negotiator between the West and China. It is important to normalise the relationship between the two before the Cold War 2.0 turns hot. While this may not be an easy task with the US, India can bring other Western powers such France, Germany and Japan on the table. It should be a comparatively easier task as long Trump remains in power.

With the West also becoming a partner, India will get a dependable ally who can pressurise China to reformulate and regulate its investments so that they don’t turn into bad debts. For now, this remains a fairly long shot; but, not if India maintains a firm middle ground.