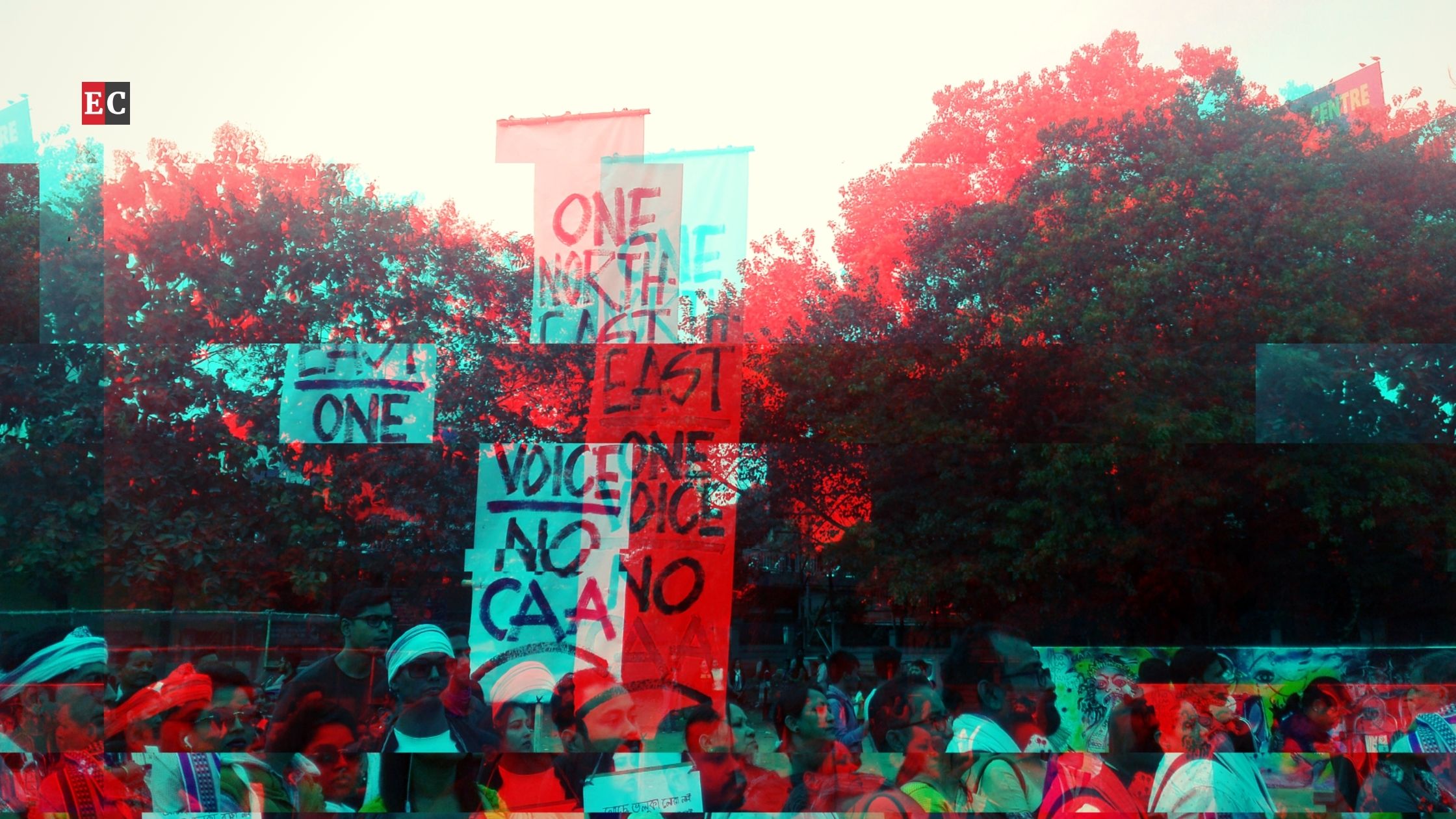 Before the COVID-19 pandemic brought protests against Citizenship (Amendment) Act (CAA), 2019 to a halt, Assam, along with the rest of India, was witnessing vociferous protests on account of passage of the Citizenship Amendment Bill (CAB) 2019. The period was marked by violent confrontations between security forces and those opposed to the proposed legislation across the country.

While these protest movements were united by their adversity to the amendment legislation, there is a significant difference with regard to the ground of opposition to the CAA between protestors in the Northeast and most other parts of India.

For the latter, the amendment legislation is objectionable as it excludes persecuted minorities of certain religions, most prominently Muslims, from acquiring citizenship rights, while limiting such a provision to only Hindus, Sikhs, Buddhists, Jains, Parsis and Christians. In contrast, most of the protesting groups and individuals in the Northeast have situated their opposition to the CAA along the lines of protecting the culture and language of “indigenous groups” from refugees regularised under the amendment, irrespective of whatever religion that they adhere to.

Many have, thus, claimed that the protest movement in Assam has a secular character. Such a perception is based on an assumption that considers ‘religion’ to be the only axis of communal mobilisation. But, they would do well to realise that apart from religion, there are other forms of ascriptive solidarities based on ethnicity, race, caste and language. Mobilisation of such non-religious categories is also communal in nature and is, therefore, antithetical to the idea of secularism.

Interpreting the CAA protests in Assam as a non-communal manifestation, thus, emerges from an extremely narrow understanding of the meaning of ‘secularism’ and cultural anxieties of the caste Hindu Assamese middle class.

Any politics premised upon an ethnic or linguistic imagination of a dominant community is not more salient than a politics rooted in the religious worldview of the majority. Both are equally problematic. They suffer from the same aspiration of building homogeneous societies and consequently, perpetuate similar forms of violence to erase expressions of cultural plurality.

Also read ‘Where Does the Congress Party Stand on NRC, CAA and Clause 6 of Assam Accord?’

To think of culture as homogenous is ahistorical. Time, and even our dreams, are not nourished by one kind of event. They are always plentiful and various in nature. History of every place on earth suggests that nothing is homogenous.

In Assam, the protests against the CAA have voiced cultural anxieties of the Assamese that betray the multi-ethnic and multilingual history of the province. Leading narratives of the protests build upon the hegemonic aspirations of Assamese nationalists and serve to further entrench the dominance of the Assamese-speaking community at the expense of numerous other smaller ethnic and linguistic groups. The local media too functions as a mouthpiece of caste Hindu Assamese middle class aspirations.

These protests thrive by diffusing the same fears and disdain towards minorities that characterises the politics of the Hindu-Right in this country. Like the Hindu Right Wing, Assamese nationalism, in its current form, has never questioned its existing hierarchies. These hierarchies are expressed in terms of caste, gender, language, and class, among others.

The recent decision of the state government to make Assamese a compulsory language in the province, with the exception of Barak Valley, Bodoland Territorial Area Districts (BTAD) and Autonomous Hills Districts, is also a manifestation of that hierarchy. It places Assamese at the top of the ladder above all other languages. In one stroke, such an administrative decision asserts the primary importance of one language over all other ways of speaking.

The recent cancellation of the language certificate courses of Rabha and Mishing languages in Guwahati University is also an offshoot of that politics of domination.

In essence, people who term the ongoing protests in Assam against CAA as secular have never questioned the hierarchies that sustain the traditional distribution of power — in upper castes, in upper class, in men, in a dominant language. By subscribing to such a social order, one essentially ends up legitimising a culture that comes out of such a hegemonic order. Similarly, intellectuals and laymen alike who sympathise with the dreams of Assamese nationalism in its current form only contribute to the legitimacy and supremacy of the ruling class in Assam.

As a result, we find ourselves living in a society that gives respectability to hate for the outsider in public life and is shockingly intolerant to criticism of the dominant discourse. Such historic intolerance is the reason why there are no storytellers of the oppressed in Assam. The prima facie of storytelling involves repeating oneself, but if one has to think twice to tell a story, even the community of listeners slowly disappears. And the politics that structures such a social order sustains itself by perpetually stigmatising and suspecting cultural difference.

Devices like the National Register of Citizens (NRC) capture the manifestation of such a politics that seeks to exorcise the plural nature of Assamese culture.

Ashis Nandy had once argued that rioting gave status to the underclass in Gujarat where the obvious victim was the Muslim. In Assam too, the target of NRC and CAA is clear – the Bangladeshi. Hating the Bangladeshi in public life, a deeply communal worldview, gives status and honour to people who like to see them expelled and perhaps even eliminated. Not participating in such hate politics results in a one experiencing shame, threat and is outcasted.

We have, thus, come to live under a cauldron of communal hatred and paranoia, as Nandy remarked in the aftermath of the violence in Gujarat. Seemingly, the CAA further legitimised the defence of narrow nationalism in which everyone in Assam participated and sympathised. This shows how regional politics is nothing but a monad, which has crystallised into an abyss where experiences of hate and racism are thrown into oblivion.

It is the reason why our calendars and public life lack historical consciousness of events, such as Nellie or the violent aspects of Assam Movement.

Assamese nationalist politics that supports NRC and rejects CAA has disowned the secularism of Jyoti Prasad Agarwala and Bishnu Prasad Rabha long ago. Instead, it has given the Hindutva right wing, a new grammar of hate through which a new India is being imagined.

Suraj Gogoi is a writer from Assam.

Abhinav Borbora is a Guwahati-based political commentator and writer.